Today I took Ailbe for his follow up respiratory appointment. Granted he has been quite poorly all week with a cold. However, what I didn’t expect was an admission straight from the out patients appointment.

To make things worse we are at a hospital that isn’t our usual one. Making travel longer for Kyle and the kids to come in or for Kyle and I to swap shifts if he stays in for longer than a night.

Ailbe currently can’t keep his oxygen levels above 84 when asleep without the support of oxygen. He has had hourly nebulisers, blood tests, medicine shoved down his throat and sadly all over his face, & he has to have an nasal prong mask force oxygen up his nose. Ailbe has gone on strike! He is like a restless tiger lurching around his cot unable to settle because he has cords all over the place. Looking at me in sadness and disbelief that I am allowing it to happen to him. It’s a totally pants week.

The only great thing that happened this week was Conor sang a solo in his nativity. Best of all he sang like an angel ❤️

So Conor and Saoirse have to contemplate another Christmas without their brother at home, whilst Ailbe fights off another respiratory infection. 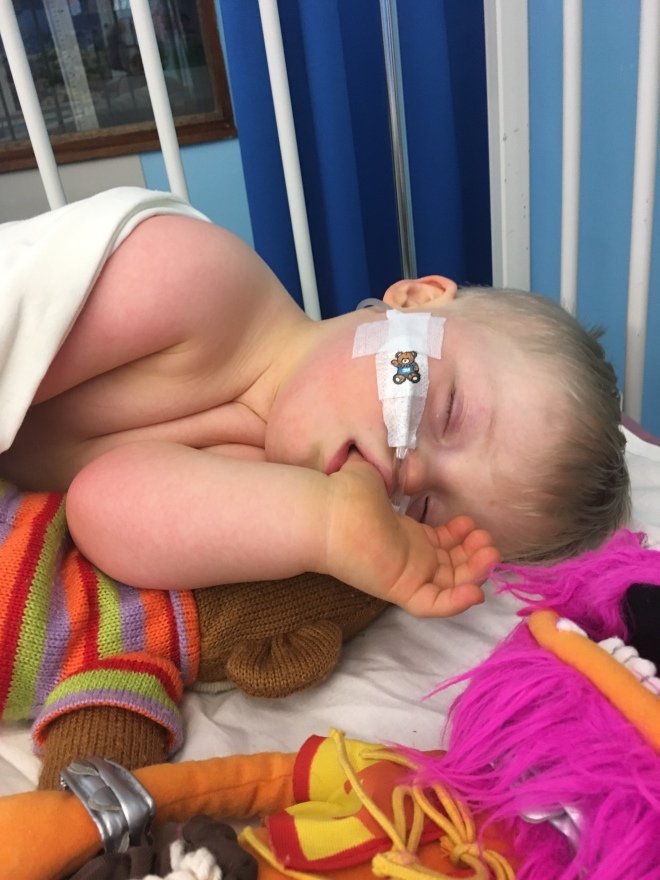 Welcome to my life and family. I am married to Kyle and together we have 3 children. I want to share with you the good and difficult times our family goes through. View all posts by Life with Saoirse

One thought on “Another admission”