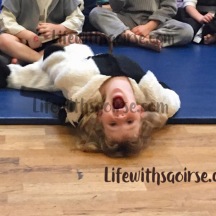 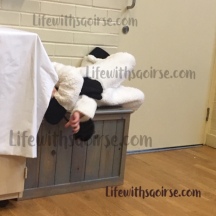 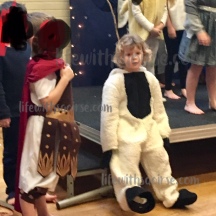 The past few weeks has been quite busy in our household. As a family we were lucky enough to be included in the new awareness project for the Charity #wouldntchangeathing (WCAT). My son is very excited as he has made it on to YouTube, in fact we all are. I am hoping you have already seen it. If not here is the link https://youtu.be/YcbMv2f946g

It is only a short video of us signing “christmas tree” but it has meant so much more than I had anticipated. For a start my older two children Conor & Saoirse got to watch the clip at school in front of their peers and teachers. I cannot begin to describe the overwhelming pride and love I had for my children when I watched their little faces go all red and embarrassed then to be brave and stand in front of the class and repeat the sign “christmas tree”. You see my children are never picked for the major roles in nativity plays or get chosen for important jobs at school. So to see them being catapulted to the limelight was awesome!  As a result of this video I have arranged to go in to teach the whole school a Christmas Carol using makaton!! I am a little nervous as I have never had any training in this.

Today was the nativity play for Saoirse. Like I just said, my kids never get the major roles but Saoirse was a very good sheep. This was her first school nativity play so obviously, I was there with all the other parents excited and proud. There were two shows, the first was a dress rehearsal and the second was the official one with all the parents. During the first show Saoirse coped quite well. She didn’t say her one line but she seemed to be enjoying herself singing and dancing with everyone else. I felt good about this. I let out a silent sigh of relief. I never know with Saoirse how things will turn out. So when I returned 5 hours later to watch the official show I was feeling upbeat. Whilst waiting for it to start I had the “awkward” conversation about Ailbe with another mum.

Mum: how old is Ailbe?

Mum: oh, he is quite small for his age then

I hate those conversations, its why I actively avoid these situations if I can. Perhaps the comment was purely innocent as Kyle suggested when I told him about it. However, there is this niggling thought that sits uncomfortably in the back of my mind. I try to let it go and move forward. I will be able to move forward but not today. Perhaps next week? In a world where parents are so competitive about their children, was the mums comment rude and suggesting that my son is not as good as the rest of the almost 2 year olds like the one sat on her lap?

Saoirse appeared looking proud in her sheep outfit with the rest of her class and gave me a big smile and hug, the thoughtless comment from the mum disappeared. Then it all went wrong from there. I could tell from her expression that she wasn’t in a good place. All the other children were sitting where they were supposed to. Saoirse on the other hand was just milling around, edging away from her fellow sheep. Like the stray that didn’t belong. I could see the look on the other childrens’ faces. The look of horror that Saoirse was not doing as she was told. Every other child was focussed on the play and their roles even if they didn’t get their lines correct or had to be prompted they were paying attention, with the occasional stare at Saoirse. Saoirse was sat for most of it away from the others curled up like a ball. Occasionally she would rejoin her flock but would soon wander off. One of the teachers tried to “whisper shout” her name. This gave me a little giggle as she cant hear much with all the music, especially as her hearing has got worse with the cold weather. When the teacher finally got up to get her, Saoirse almost knocked her over by crawling through her legs. I sat there like a deer in the headlights. I couldn’t look away, I could feel the sadness building inside. With a realisation that Saoirse was not coping with the situation I just wanted to scoop her up and leave. At one point she fell off the stage, the look of hurt pride on her face was heartbreaking. Despite all of this, she left happy.

I had had a similar experience at the weekend. It was Saoirse birthday and I had paid for a Princess to come along and entertain all the children. Of course the emphasis was about Saoirse. When the party was in full swing, I would find Saoirse in the kitchen looking for food, or running off to the other room where her big brother and another boy were. This had happened the previous year too. Saoirse doesn’t seem to cope well with big social gatherings. I don’t think she likes to be the centre of attention or perhaps she just wants to be left alone?  Even though none of the other parents said anything to me about Saoirse not joining in I felt it. I felt pretty miserable that I had created an event which just highlighted my daughters differences to a new set of parents. Again, Saoirse really enjoyed her party. Perhaps not the way society expected her too. But in her own way she enjoyed it. Saoirse joined in when she wanted to and isolated herself when it suited her.

When we got home from the nativity I was feeling a little brighter as Saoirse was happy and the nativity play was becomming less prominent in my mind.

I popped to the shop and when I pulled into the carpark I could see a woman laying on the ground surrounded by a few people. By the time I was parked and walking to the store I could see her walking towards me. It was then I noticed she had Down Syndrome, she was hobbling along the path with another woman by her side. I asked her if she was ok? That I had seen her on the ground. She told me she was ok she was just a bit wobbly. As they kept on walking I asked the woman with her if she was going to be alright and if she had anyone with her. The lady said she was OK and that she was with her. They went their way and I went towards the shop. Out of nowhere I got hit with a surge of sadness and anxiety,  all these questions swirling in my mind.

Was she ok? Who was that woman with her? Was it a carer? Did this carer really worry about her, where was her family? would she love her and worry about her like she deserved?

By the time I got my trolley I was actually upset. I wasn’t really upset about this lady I was upset about Ailbe. Who would be there for him if he fell over in a car park? Would people really care? Would he just be a job to someone? Would he need a carer? Will people always think he is small or different? When will others stop seeing his disability and start looking at how amazing he is? I tried to push the thoughts to the back of my mind as I needed to get some shopping. I guess the recent events had affected me more than I realised. Most of the time I focus on the positive but every once in a while that negative thought breaks through.

So I put on my brave face for the world. 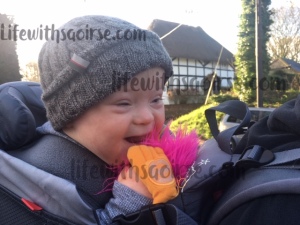 Welcome to my life and family. I am married to Kyle and together we have 3 children. I want to share with you the good and difficult times our family goes through. View all posts by Life with Saoirse